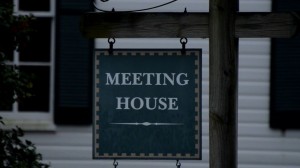 The Protestant reformation in Britain continued after the establishment of the Church of England. By the mid-1600s there were several groups of radical dissenters and one of them, the Society of Friends, also known as Quakers, is alive and well in Forest Hill as are many other Meetings throughout the British Isles and other parts of the world.

The Forest Hill Quakers invite us to join them for worship and tea and cakes on Sunday, 12 February at 2pm. The Meeting for Worship is a silent worship where Friends speak when led by the Spirit.