The Swiss Church Building in Covent Garden, over 150 years old, underwent a major renovation and transformation at the beginning of the twenty-first century. The project, designed by Christ & Gantenbein, aimed to both restore and enhance the building, in terms of attractiveness and functionality. The new building is versatile and extends far beyond the traditional use of a church.

A central and striking feature of the renovation is the new, fully mechanical organ, built by the renowned firm, Späth Orgelbau from Rapperswil. Späth organs are famous for their impeccable craftsmanship and their full sound. It enriches the worship and enables the Swiss Church to hold organ and choir concerts of the highest standing.

You can view the floor plan of the building here.

Become part of the renovated Church

We need your help raising the remaining £100,000 of the renovation budget of £2.2million. And how better than by sponsoring an individual organ pipe. The new organ will have a total of 676 pipes made of wood, spruce or tin, varying in lengths from 1.8cm to 2.4m. Each pipe, big or small, will play its part in the music of the great new hall. By sponsoring one or more of them you will play a unique part in the restoration and future of the Swiss Church in London.

Every sponsor will  receive a certificate acknowledging his/her contribution and a permanent record will be kept on display in the organ case.

The History of Swiss Church in London

The Eglise Helvétique in London was established in 1762 by a group of expatriate “Swiss” most of whom at that time were not officially Swiss as they had mainly come from Geneva, Vaud and Neuchâtel, which were not yet part of the Swiss Confederation.

Under the inspiration of Justin Vulliamy, the first Consistoire or Group of Anciens as they were then known, inaugurated the church. They rented a large room in Castle Street, Leicester Fields, an appointed M. Antoine Bugnion from Lausanne as their first pastor. As well as being a spiritual home for the expatriate Swiss, the church also became a centre of help for poor Swiss in London.

In 1775, after appeals for funds, and some financial aid from Geneva and Berne, the first purpose-built “Helvetic Chapel” was built near Moor Street in Soho. This remained the focal point for the Swiss in London for 80 years. The congregation was mainly French speaking during that time.

The church also played an important role in the protection of the Swiss abroad in the early part of that period.

There was no consular representation until 1817 and they had to rely on the current pastor to be signatory for any important documentation regarding their status, including “pass-ports”.

1855 saw the inauguration of our current building in Endell Street, after much planning and fundraising in England and Switzerland.1862 the centenary celebration of the founding of the Swiss Church in London gathered together several hundred Swiss at the church.

During the 1914 – 1918 war more and more German Swiss came to Endell Street to worship,  since German speaking churches closed down in London and elsewhere.

In 1924 Swiss German speakers branched out into a separate church, the Schweizerkirche, but without their own building.  They began renting the church of St Agnes and St Anne’s in the City of London,  and they had their own governing body, the Kirchenpflege.

In 1930 a major fire almost destroyed the Endell Street building which had to be virtually rebuilt.

1938 the French and German churches merged, but still  functioned as two separate parishes.

The church continued to have a pastor and suffragan as did the Schweizerkirche, but gradually, in line with the general trend at the end of the 20th century, numbers began to decline. By 1969 one pastor sufficed for both language communities, and both French and German Swiss worshipped at Endell Street.

2000 saw the beginning of a major building project . The building works took place between November 2008 and Spring 2011.

History Book
To celebrate our 250th Anniversary in 2012, we  published a book about the History of the Swiss Church in London. Parts haven been written by

The book is available for purchase from the Swiss Church Office for £5. 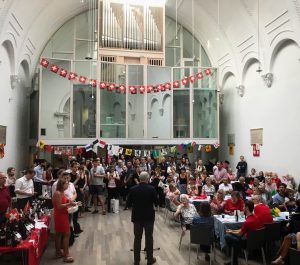 The Sunday Morning Service which was due to take place on 17 July at 11:00 am, has been cancelled.

This decision was made to protect our Minister and… 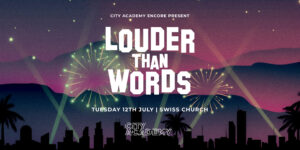 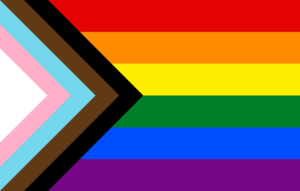