Our Director of Music, Peter Yardley-Jones, organises an impressive line up of local, Swiss and internationally renowned organists to come and show off our Swiss-built Späth organ. Concerts take place on Saturdays at 5pm. 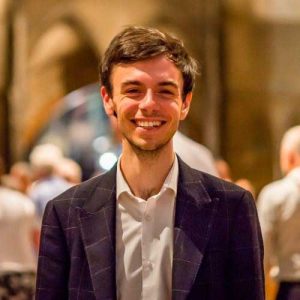 Callum Alger is currently the Organ Scholar at Westminster Cathedral, where he regularly accompanies and occasionally directs the world-renowned cathedral choir, and trains the probationer choristers. He recently graduated from the Royal Birmingham Conservatoire with first-class honours in Music Performance, where he studied the organ with Henry Fairs, and choral conducting with Paul Spicer.
Callum has performed extensively as a soloist in the UK. He won first-prize at the IAO/RCO Organ Playing Competition (2018) in Peterborough, and Dame Gillian Weir Messiaen Competition (2018) in Birmingham, and was twice a finalist in the Northern Ireland International Organ Competition. Recital venues have included cathedrals in Birmingham (Anglican and RC), Liverpool (RC), Wells, Westminster and Winchester; chapels in Oxford and Cambridge; as well as parts of music festivals in St Davids (Wales), Hexham, St Albans (International Organ Festival), and at the annual Bloomsbury Organ Day (2019). Callum’s debut CD Klangredenhas recently been released on the Regent label, featuring the Garnier organ at the University of Birmingham, and the Walker organ at St Chad’s Cathedral, Birmingham, performing Lutheran chorale-based repertoire. 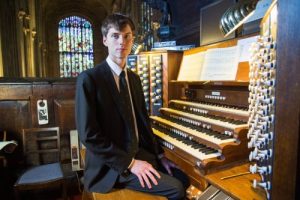 Richard Gowers, a renowned organist and harpsichord player. He started the piano at an early age. He then sang as a chorister in the King’s College Choir Cambridge in 2004-2008 and took up the organ and violin. He spent five years at Eton College (2008-2013) with the support of a generous music scholarship, and continued his studies in several musical disciplines while beginning to take an interest in the harpsichord and in conducting. At the age of 16 he became a prize-winning Associate of the Royal College of Organists, and a year later became a prize-winning Fellow. 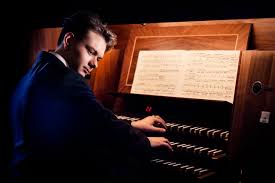 Richard Garczik,  a Hungarian concert organist and composer, has given numerous recitals in several European countries, including Germany, Finland, Hungary, France, Rumania and Slovakia. He counts among his teachers Zsuzsanna Elekes (Béla Bartók Conservatory of Music, Budapest), Christoph Bossert, Jan Doležel and Reiner Gaar (University of Music, Wurzburg) and Helmut Deutsch (State University of Music and Performing Arts, Stuttgart).
His repertoire consists of works from the most musical eras – from the 17th century to the contemporary music. He plays with special love the great masterworks of J. S. Bach, romantic organ literature pieces , and rarely performed pieces by composers
from different eras.

Do continue to check our events page for the next recital.

Entrance to organ recitals is free with a retiring collection at the end. We now offer live-console video projection (with thanks to a generous sponsorship by Oakridge Executive Medicine Ltd), so the audience is able to watch the organist perform live. Hearing is believing with our organ and we look forward to welcoming you at one of our concerts.

With thanks to organrecitals.com for advertising our events. 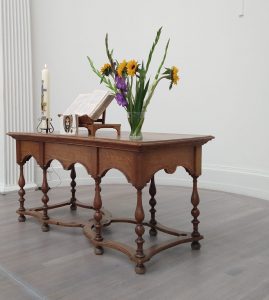 Be Dressed and keep your light burning!

The Swiss Church in London online audio services are back! Click here to listen 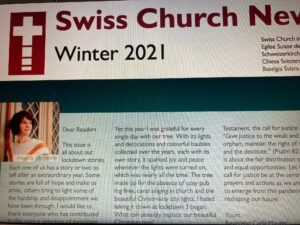 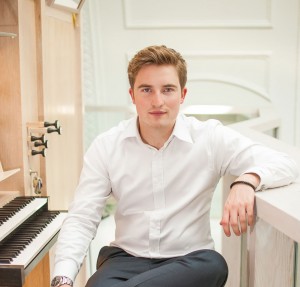 On Sunday 21 February at 11:00 am (UK time)  we will livestream an online organ concert by Peter Yardley-Jones.